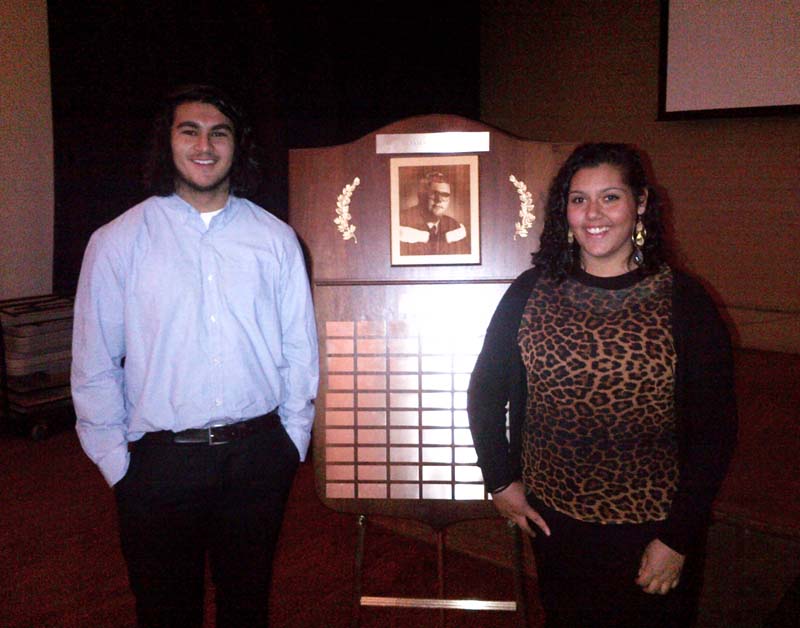 Karissa is a recent graduate of Laurier CI where in addition to being Athletic Council President, she was captain of both the 7’s and 15’s senior girls rugby teams. Karissa started playing rugby at high school in 2009 and has played for the BBC U18 squad for the past two summers. In addition to her skills as a player the U18 coaches have relied on Karissa as a leader and guide to younger members of the program. In addition to playing with our U18 team she has played “up” with the women’s team on numerous occasions and is currently playing with the BBC’s women’s 7 team. Karissa is planning on a post secondary education and is currently working to save funds for her tuition.

Michael is a graduate of David & Mary Thomson CI and started playing rugby in grade 9. He fell in love with the sport and started playing with BBC the summer of his grade 9 year. His love of the sport and athletic skills were noticed during his high school and BBC play and he was selected at 14 to play for the Ontario Blues. Since his first experience with the Blues he has gone on to play four consecutive years representing Ontario at U15, U16, and U17 & U18. Michael stated that; “rugby has provided me with the opportunity to tour much of Canada with trips to across Ontario as well as to Quebec Newfoundland, Alberta and BC.” In addition to moving on to play for BBC at the senior Men’s level Michael is hopeful to play for the Ontario U19 squad next summer. Currently, Michael is attending George Brown College where he is studying Mechanical Engineering.