Good to see the boys are still dominating top of the table. Hoping you can pass this email on. Hope all is well back home. Life’s great down under, let me tell ya.

I’ve been playing for the University of Queensland here in Brisbane. Carol and I are living in an apartment in St. Lucia, a suburb of Brisbane, and only a few minutes walk to the campus and our fields. It’s Winter down here, but we’re still feeling the sunshine in the low 20’s, so I can’t complain.

Rugby is going well for me. I arrived mid season, so I’ve had to work my way up to the 1st grade team, which is who I’m playing with now. We’re in second at the moment. The rugby’s great. Very fast and hard hitting. I’ve played ten games so far, and I’m sitting with 11 trys. I’ve also been asked to train with the premier squad and 7s team. The premier team has a couple of REDS players on the squad who jump up and down from the Super League, so it’s a great experience.

Graeme Glover (a Beach old boy), who lives on the Sunshine Coast, came to one of my home games recently. He chose a good game, because I took man of the match that day. He’s a great guy, and was nice enough to take us out for lunch.

We only have one game left in the season, then playoffs. We hope to make the “grand final” at Ballymore Stadium (former REDS grounds), first weekend of August.

Attached are some dodgy photo’s. 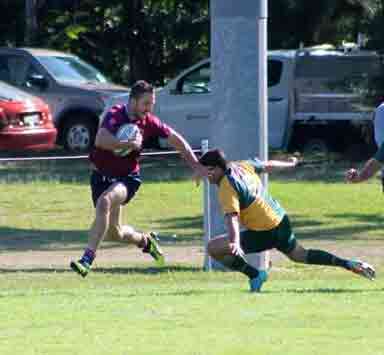 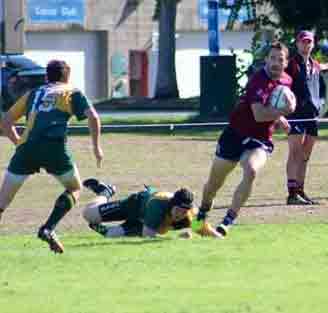